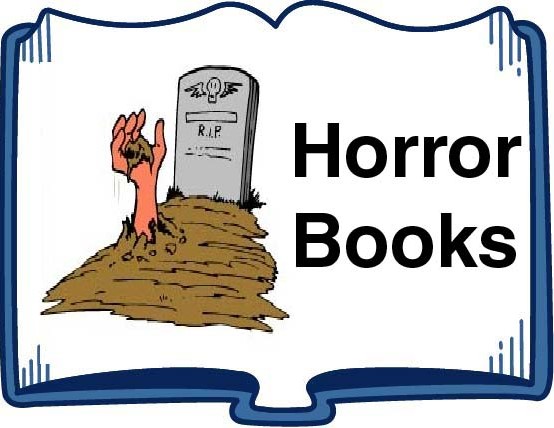 If you’re a fan of horror you must know by now that there are plenty of terrifying books out there. These are the books that will keep you on the edge of your seat, and up for the rest of the night. From chilling classics to unnerving currents here is a list of some great horror novels we think are worthy of taking the time to read.

This novel follows a trio of people with a power known as ‘The Ability’. This group has been playing a game for decades in which they use their power to get people to kill other people. As the group starts to fight, and then split many characters from various points in history are introduced and become intertwined with the trio. As the book concludes all the participants meet and play the game on a whole new level.

Inspired by a real 1949 exorcism, The Exorcist tells the story of 12 year old Regan MacNeil and her possession by a demonic entity. As the story progresses it shows various changes in Regan and poltergeist occurrences that go on during the possession. All of which lead to two priests attempting to exorcise her.

Narrator, David flashes back to his childhood in 1950s suburbia where he tells the story of Meg and Susan, two girls who come to live with their alcoholic aunt Ruth. Things seem fine at first, David falling in love with Meg, but then Ruth descends into madness, abusing the girls. The story details the rape and torture of Meg at the hand of Ruth's three sons.

The horror/comedy is told through Dave's interview with reporter, Arnie. He tells of major events that have happened to him and his friend John after taking a drug called 'soy sauce', that is linked to an evil force. The pair start to investigate the disappearances that are caused by the evil behind the drug.

After the death of their lead singer a British band stays at a mansion named Wylding Hall, there they record a new album with their new singer Julian Blake. Julian then goes missing inside the mansion and is never seen by anyone again. Many years later the members of the band meet with a filmmaker and each tells their own story of what happened at Wylding Hall.

A chain of volcanos erupted in Iceland causing an ash cloud to rise and start a new ice age. During all of this scientist, Abraham Wright finds himself named Assistant Science Advisor to the President. He is sent to Europe, where he discovers a secret about all the major extinctions that have happened on Earth, and he does this all while trying to adapt to the evolving world.

The book starts with Karen Tandy, who is getting a tumor on her neck looked at by her doctor, who finds there is a fetus inside. She goes to see Harry Erskine who provides sham psychic readings, about a dream she has been having. As the book progresses we learn that the fetus is actually the reborn spirit of a Native American man named Misquamacus, who wants vengeance.

When a man returns home for a funeral he starts to remember the boarder at his house who committed suicide, then he starts to have memories of his friend Lettie. While driving around he finds the house where his friend Lettie used to live, and tells the old woman sitting there of all of the terrifying things that happened to him and Lettie when they were younger.

Robert Neville seemed to be the only survivor of a disease that had turned the rest of the population into vampires. He struggles daily to keep the vampires away, and after a brutal attack he tries to figure out a way to defeat them.